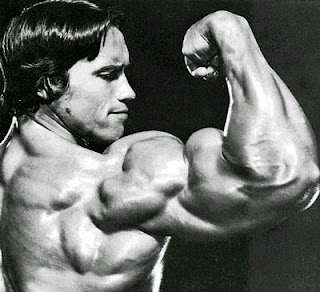 This was Arnold Schwarzenegger in his twenties. Now at age 63, Schwarzenegger has accomplished more than most people have ever dreamed of. From an amazing career as a bodybuilder, to starring in money making hits such as the “Terminator” series, to even being governor of the state of California, he’s done it all. However there is one problem with all this; he hates himself! In a recent Yahoo! News article he describes himself as crappy (I can’t say the word he really used). He goes on to say

I feel bad when I look at myself in the mirror...I’m not competing. I’m not ripping off my shirt and trying to sell the body but when I stand in front of the mirror and really look, I wonder ‘What happened here? Jesus Christ. What a beating’

This is why King Solomon tells us in Ecclesiastes 12:1 to remember God in our younger years. He knew that the only way to be pleased with your life is to work for God. Even though Arnold has done more than most, he is unhappy with himself. Why? Because the work he has done was not fulfilling, it was not everlasting. It was all cheap thrills that vanished as quickly as they had come. He feels old, beaten, and bruised because he has given his life to vain things and now he has no real reward for them. So now looking like this: 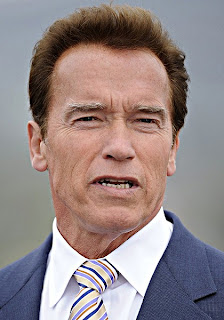 He just feels old and worthless.
It is common knowledge that if you are blessed to live long enough you will get old! So be ready for that time. Do some work that will last forever and some work that you can be proud of in your later years.

Meditation
Read 1Timothy 4:8 and Proverbs 20:29 and think about what you want to do with your life.
Prayer
Ask God for direction in life’s choices and to show you the work that He has for you.
God's Word through HermanC at 3:08 PM