And in the same region there were shepherds out in the field, keeping watch over their flock by night. And an angel of the Lord appeared to them, and the glory of the Lord shone around them, and they were filled with great fear. And the angel said to them, “Fear not, for behold, I bring you good news of great joy that will be for all the people. 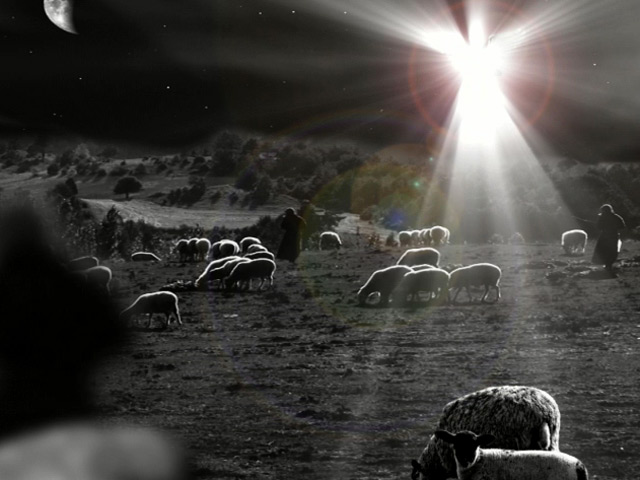 Could you imagine being in the middle of your daily routine and a myriad of angels appear seemingly out of nowhere? I would be fearful too. Yet, although the heavenly presence was awesome,  the shepherds had nothing to fear and neither do we. The angels coming to the shepherds represent Heaven coming down to Earth. None of us went looking for Christ. He seeks us. Just the angels appeared to the shepherds right in the middle of their daily lives Christ comes to us. What a miracle!
God's Word through Unknown at 1:30 AM